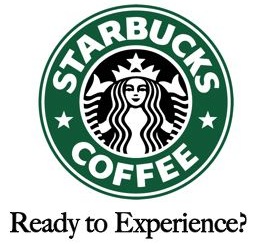 The most awaited coffee shop tarpaulin is now displayed onsite. Starbucks is definitely opening anytime in the next few weeks.

Albeit the design is somewhat different from the usual Starbucks branches, this one at Limketkai is very much similar to the newly opened Starbucks Naga, perhaps a new store design for the new decade. I don’t know if the white exterior painting is final but work is now focused on the interiors.

Starbucks Cagayan de Oro, the company’s 166th store in the country will open its first Mindanao branch this coming September (October, due to some delay).

According to news reports, Ma-AnnRabino,recruitment specialist of Rustan Coffee Corporation, owner of Starbucks franchise in the country. was quoted as stating that the store will be located at Limketkai Center.

The local Starbucks will incorporate environment-friendly interior design and would use recycled construction materials with construction cost estimated to be at around P11 million with Wi-Fi and other amenities.

Accordingly, Starbucks decided to pick Cagayan de Oro for its first Mindanao branch because of its potentials as Mindanao’s convention capital, and the growing number of tourists flocking to the city.
Thanks to my reliable sources. *salute*
sources:
http://cagayandeorodev.wordpress.com
Sun Star CDO article by Nicole Managbanag
at 7:00 AM