AYALA Mall and Hotel to Start Soon
The Ayala project of a Mall and Hotel will start construction soon at the Floirendo property fronting Gaisano at C.M. Recto Avenue. The project is a joint venture of the Makati land developers and the Davao based Floirendo family. 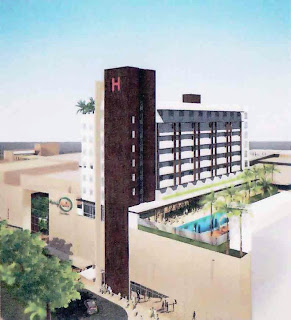 The project is the second major project of Ayala Land in Mindanao, the first being the Ayala center in Davao that is now being built.
The hotel will be an 11 storey building and a basement floor. There will be 150 rooms and suites, which will make it the biggest hotel in the city when completed, complete with all the amenities found in 5 star hotels.
Part of the complex will be a Mall that will be facing CM Recto Avenue and accessible also from Corrales and Capt. Vicente Roa Streets.
Recently, the developers submitted their requirements at Barangay 24 where it is located. Part of its summary says that each hotel floor would have an estimated building footprint of around 810 square meters. the estimated Gross Floor Area is 7,600 sqms and the estimated constructed floor area of 10,000 sqms.
It will have a pre-cast exterior wall and window wall exterior with maximum 25% window-to-wall ratio. 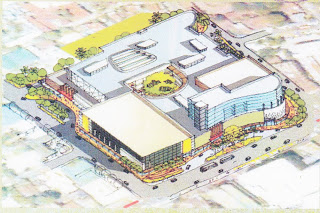 The suites will have provisions for a kitchenette, telecom connection and cable TV wiring.
The whole hotel building will have a 100%back-up power and lighting with elevators designed for hotel building criteria. It will also have an integrated fire alarm and monitoring of sprinkler system and security and access control systems.
With these specs the building is expected to be the most modern and the most equipped in this part of the country. According to the presentation of the company the hotel will be “modern, contemporary, warm, simple elegance and sustainable”
In addition to the usual amenities in hotels such as a Lobby and Front Desk, they will also have an Executive Lounge, Business Corner, an Indoor and Al Fresco Restaurant, a Fitness Gym, Swimming Pool, Function rooms and a parking space for 50 to 55 cars.
Originally the plan was to build the mall first and the hotel after but according to our source the company has decided to build both the Mall and Hotel simultaneously.
With the ground breaking and construction to start in the 4th quarter of this year it is expected that the Mall and Hotel will open their doors to the public in 2012.
Thanks to The Mindanao Current for this update.
at 6:31 PM