Xavier University will have a New President

Xavier University will have a new President starting end of this school year, to replace Fr. Jose Ramon T. Villarin, S.J. who will assume the position of President of Ateneo de Manila University also next year. 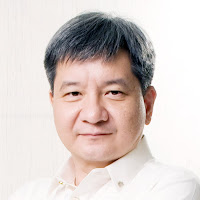 The election of Fr. Roberto C. Yap, S.J.. was announced by Fr. Jose C. J. Magadia, S.J., Provincial of the Society of Jesus right after the Board of Trustees of the university met the other weekend.

Fr. Yap brings with him his  outstanding credentials that earned him his academic degrees and work experience to the job.

He earned his Doctor of Philosophy (Ph.D) in Economics from the University College London, London, U.K. and a Master in Public Policy (MPP) from the John F. Kennedy School of Government, Harvard University, Cambridge, MA, U.S.A.

Fr. Yap is presently the Province Treasurer of the Philippine Province of the Society of Jesus and in the announcement of Fr. Magadia, he thanked him for his service saying that he “deserves much credit for his valuable contributions as Province Treasurer over the past three years. His acumen and dedication have enabled the Province to weather major financial difficulties and put in place structures that will help it to move forward.”

The new XU President is not new in Cagayan de Oro having been assigned here in 1992 as Acting Parish Priest of Miraculous Medal Parish in Lumbia and during that time he guided the formation of Basic Ecclesial Communities among farmers and Indigenous Filipinos of the parish.
He was born on 16 May 1959 in Cebu City, Entered the Society of Jesus (Jesuits) in 30 May 1982 and was Ordained a Catholic priest in 14 March 1992.

The Fr. Provincial also thanked Fr. Villarin for his capable leadership in Cagayan de Oro over the past five years. He said that besides the many and varied responsibilities that go with heading a major University, Fr. Jett, as he is fondly called, has done much to reorganize XU’s administration, enhanced its Medical School’s resources through a new partnership with Maria Reyna Hospital and taken important steps to revitalize XU’s Center for Industrial Technology. 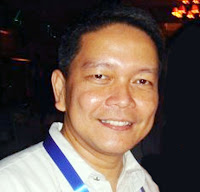 Fr. Jett has indeed been a welcome and much appreciated presence in Cagayan de Oro.

Fr. Villarin will assume the presidency of Ateneo de Manila University at the end of this school year, vice. Fr. Bienvenido Nebres, S.J. who is also a former president of XU.

This is another feather in Fr. Jett’s cap as he turns over the university to Fr. Yap.
Source: The MINDANAO CURRENT is a Weekly Newspaper published in Cagayan de Oro City, Mindanao, Philippines. It comes out every Monday of the week. Our Business and Editorial offices are located at Suite 103, Press Club Building, A. Velez Street, Cagayan de Oro City, 9000 Philippines.
Xavier University - Ateneo de Cagayan Website, here.
at 7:57 AM